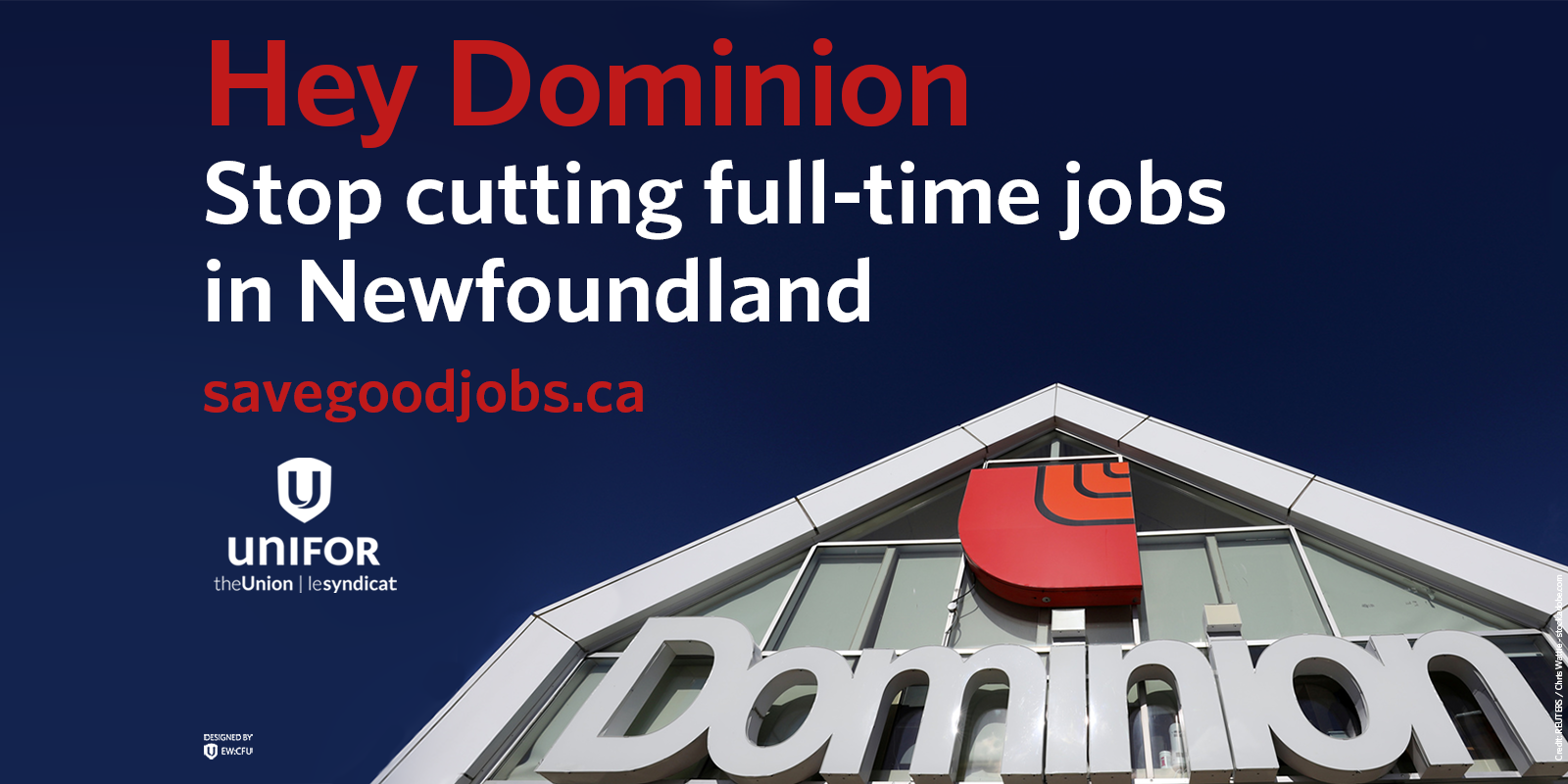 “Loblaw is a Canadian company that, quite frankly, is shirking its responsibility to Canadians and specifically in this case to Newfoundlanders,” said Unifor National President Jerry Dias. “This isn’t about automation or new technology – it’s about choosing to divvy up full-time jobs in order to give part-timers less pay and fewer benefits.”

The ‘Save Good Jobs’ campaign features billboards, to be unveiled across St. John’s on Canada Day, calling on Dominion to stop cutting full-time jobs in Newfoundland.

The digital ads will be seen throughout July on billboards locations at:

Canadians are also encouraged to sign a petition at savegoodjobs.ca.

“Over time, Loblaw has chipped away to the point where just two in 10 Dominion jobs in Newfoundland are full-time and now they’re cutting that lower still,” said Unifor Atlantic Regional Director Lana Payne. “It’s clear the company is trying to shift to an entirely part-time workforce and their customers should know that.”

Unifor is Canada’s largest union in the private sector, representing 315,000 workers in every major area of the economy. The union advocates for all working people and their rights, fights for equality and social justice in Canada and abroad, and strives to create progressive change for a better future.